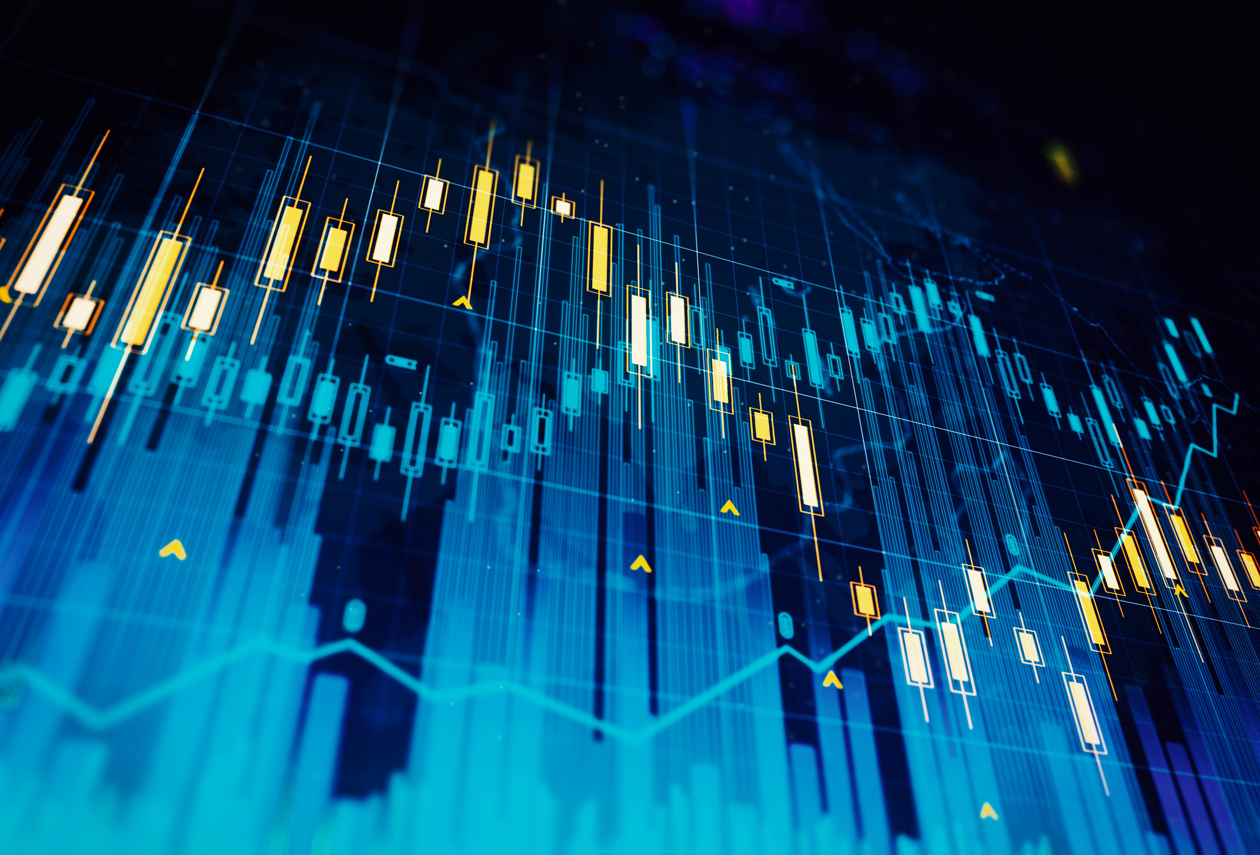 The recent outperformance of large cap stocks compared to small cap stocks has been historic and goes contrary to studies by Nobel laureates Eugene Fama and Kenneth French. It has long been an axiom for investors and allocators that small cap equities outperform large cap equities over the long run. The Fama/French study from the early 1990’s bears this out1: since 1927, U.S. small caps had outperformed large caps by roughly two percentage points (200bps) on an annualized basis. However, over the last 15 years, large cap stocks have outperformed small cap stocks. We explore this divergence below and examine three reasons we believe now may be a good time to invest in small cap.

1) The Effects of Inflation on Small Cap Companies

Inflation plays an important role in understanding small cap equities. Compared to large cap companies, small caps have tended to be price-takers, meaning they don’t always influence the price at which they sell a product or service. In periods when inflation is high, companies with lower management skill and more commoditized products that struggle to pass on the price increase to consumers can get penalized, with a squeeze on their profitability.

A recent study by Goldman Sachs looked at the impact of inflation on small cap equities. Exhibit 1 plots the relative performance of U.S. small-cap vs large-cap stocks against U.S. CPI inflation since March 31, 2020. It illustrates that the acceleration of U.S. inflation since Q1 2021 has been associated with an underperformance of small caps relative to large caps. This shift in direction would likely persist should inflation continue to edge higher as low quality and poorly managed companies struggle to pass on price increases. 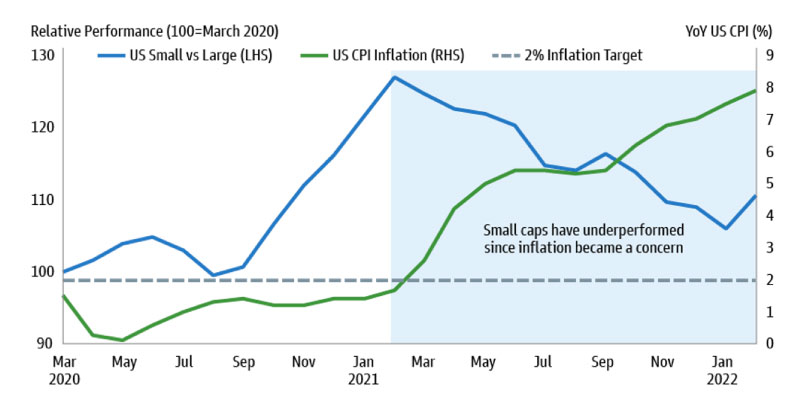 Source: Bloomberg and Goldman Sachs Asset Management. Last data point is February 2022. As of March 10, 2022. “US Small vs Large” refers to MSCI US Small Cap Index vs MSCI US Large Cap Index. US CPI Inflation is year-over-year inflation rate. For illustrative purposes only. Past performance does not guarantee future results, which may vary.

So, can investors expect the reverse when inflation subsides? Exhibit 2 shows that small caps outperformed their larger peers by 5.1 percentage points when inflation declined from a high level and the Federal Reserve cut or kept the federal funds rate unchanged. The outperformance was even more pronounced when the Federal Reserve tightened: U.S. small caps delivered an excess return of 6.7 percentage points on average compared to large cap companies.

Source: Kenneth R. French, Federal Reserve Bank of St. Louis, and Goldman Sachs Asset Management. “US Small vs Large” refers to Fama & French’s SMB factor. The time period is July 1954 to December 2021. As of February 21, 2022. Annualized average of monthly total returns. US CPI Inflation is year-over-year inflation rate. For illustrative purposes only. Past performance does not guarantee future results, which may vary.

2) Adding Valuation to the Equation

From a valuation perspective, RMB’s market-derived discount rate shows a size differential between the cost of capital for small cap equity vs large cap equity at its biggest premium in over several decades. The last time we saw the small cap premium at this level was in 1999, when the cover of Business Week announced the “Death of Small Caps”. The current expected return for small cap stocks is 350bps higher than large caps – 150bps higher than the 200bps expected premium indicated by the Fama/French study.

3) Reversion to the Mean

The data below shows the annualized performance of the Russell 2000® Index (small caps) and the S&P 500 Index (large caps) for the one, three, five, ten and 15 year periods ending September 30, 2022. Notably, small cap stocks have underperformed large cap stocks in each of these periods.

Source: RMB Capital. Data as of 9/30/2022. Investors cannot invest directly in an index. Indexes have no fees. Past performance is not indicative of future results. Potential for profits is accompanied by possibility of loss.

The question on investor’s minds is whether or not we are going to see reversion to the mean in the coming years with small cap stocks coming back in favor relative to large cap stocks. Overall, the outlook for U.S. Small/SMID cap equity may be supportive for the asset class – especially as inflation moderates and the economy recovers. Historically low valuations relative to large cap equity seem to point asset allocators to an opportunity to allocate to the Small/SMID area of the market for mid- to longer-term outlooks.

RMB Asset Management is a division of RMB Capital Management. 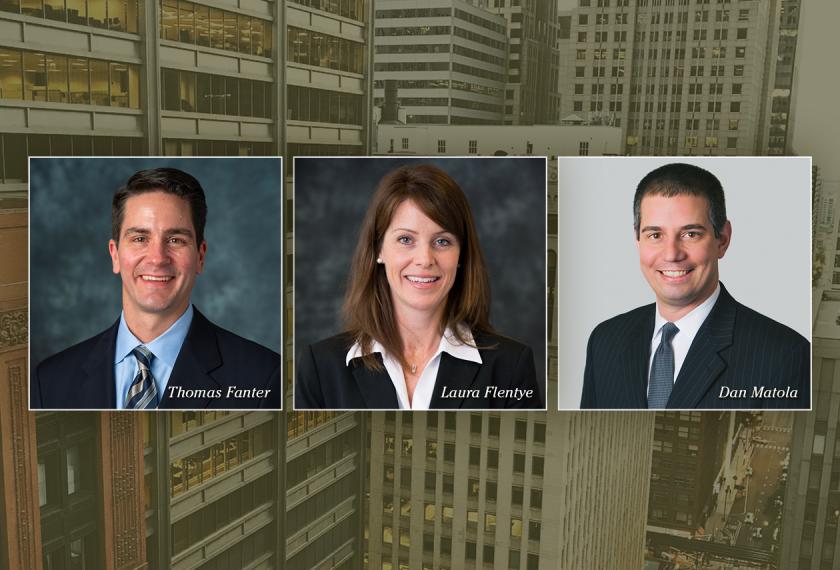