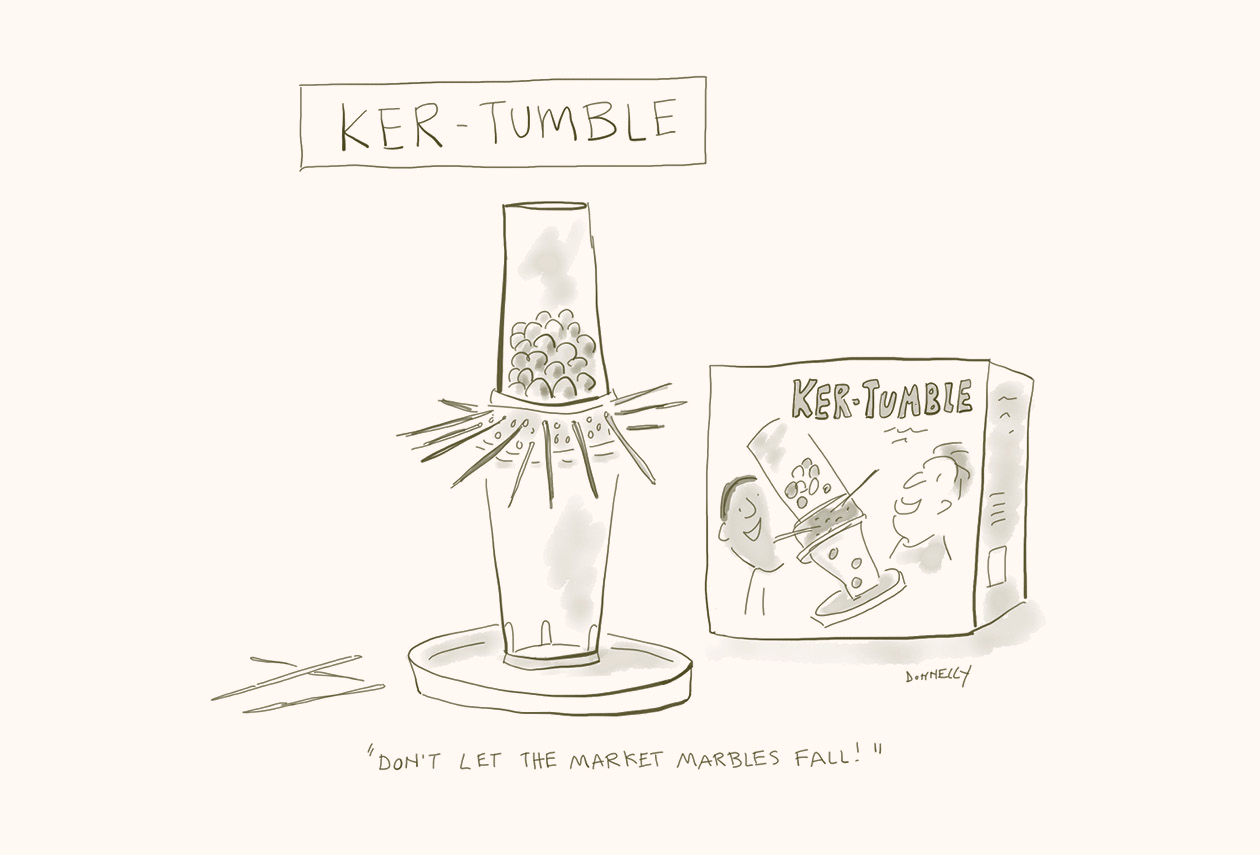 Following the market turbulence that occurred in the fourth quarter of 2018, a renewed sense of investor optimism has propelled global markets upward throughout the first few months of the year. Contributing factors have included a pivot in policy direction by the Federal Reserve, stabilizing global growth trends, and reports of progress toward a potential conclusion to the U.S.-China trade negotiations. We anticipate that investor expectations regarding these matters may spur additional volatility in the latter half of 2019.

The current bull market surpassed its 10th birthday in March, a milestone investors celebrated as the S&P 500 Index posted its strongest quarterly return since 2009. One of the major catalysts behind the first-quarter recovery was the shift in Fed policy unveiled by Chairman Jerome Powell in early January. Following the execution of four interest rate increases in 2018, the Fed announced that it would maintain a “patient” approach to implementing any additional interest rate hikes while weighing signals from incoming economic data. At the latest Federal Open Market Committee meeting in May, the Fed held interest rates steady, a move that was generally expected by investors. Notably, investors are signaling speculation about near-term monetary policy bringing an interest rate cut, despite Fed projections that indicate another potential interest rate increase in 2020 (Exhibit 1). We believe these divergent expectations could contribute to additional volatility later in the year. 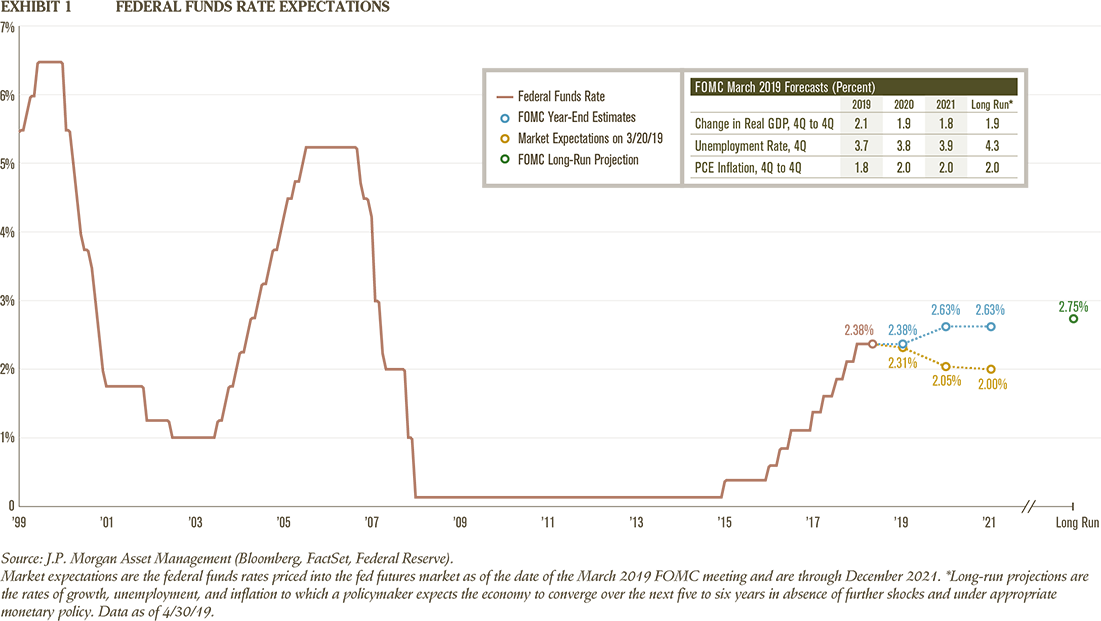 In addition to the Fed’s policy pivot, central banks around the world also employed monetary easing measures in the first half of 2019. The Chinese government and the People’s Bank of China implemented more than 70 various easing moves in an effort to help boost economic growth following its downtrend last year.1 Stimulus measures have included interest rate cuts, as well as corporate tax cuts and increases in government spending. The European Central Bank has also taken a more accommodative stance on monetary policy, releasing forward guidance that it does not anticipate any rate hikes through the end of 2019 and announcing measures to improve credit flow across the Eurozone.

As global central banks around the world have become more accommodative, incoming economic data has provided further encouragement for investors. Despite some weakening toward the end of last year, economic data has shown signs of stabilizing in 2019. The U.S. economy, as measured by gross domestic product, grew at a rate of 3.2% in the first quarter of 2019, despite headwinds like the partial U.S. government shutdown and continued uncertainty surrounding international trade. U.S. unemployment fell to 3.6% in April, recording a post-1969 low, while the Consumer Confidence Index levels ticked up amid a brightening investor outlook. 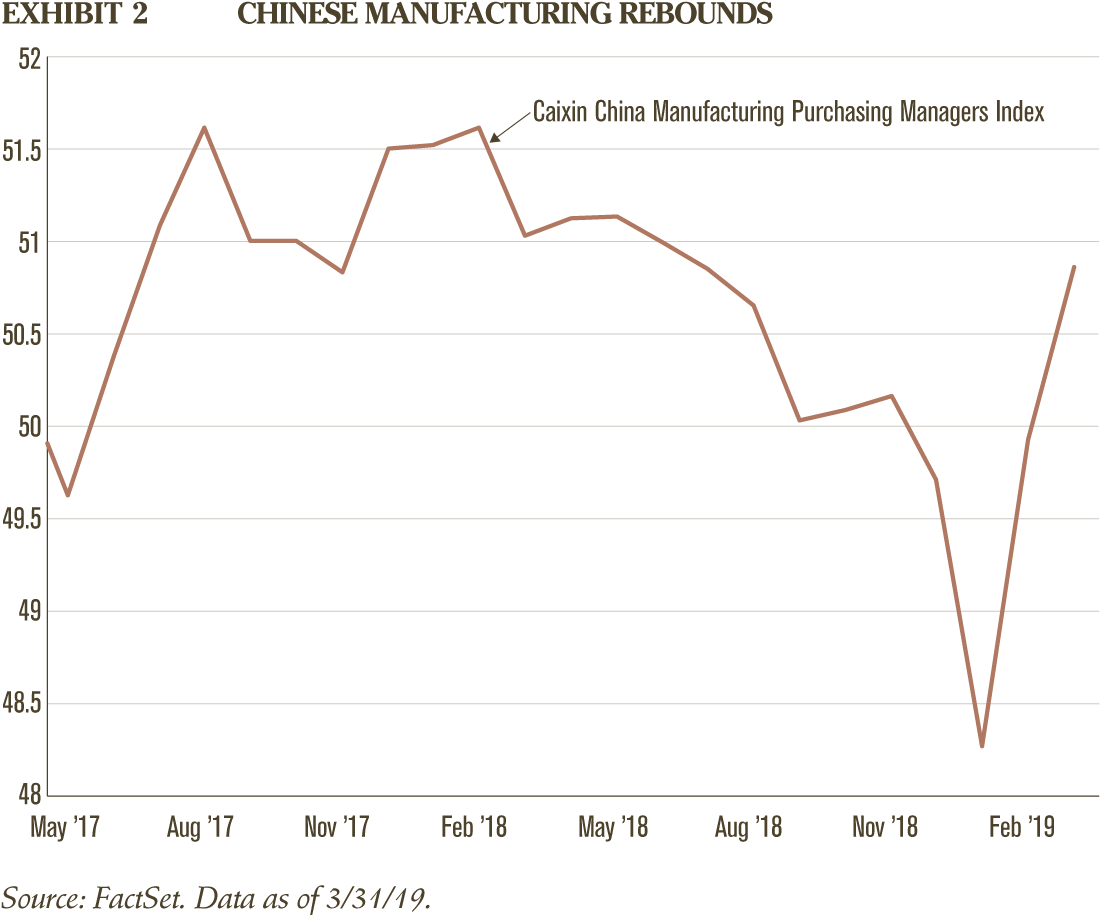 Economic data trends outside the U.S. also saw some reacceleration in the first half of 2019. Economic growth for the Eurozone (as measured by gross domestic product) rebounded in the first quarter as a more accommodative European Central Bank and improved investor expectations helped fuel consumer spending. Similarly, economic data out of China in the first half of the year also signaled a positive growth trajectory as industrial production and manufacturing indicators improved following their downtrends late last year. Exhibit 2, for example, shows the steep rebound of the Caixin Chinese Manufacturing Purchasing Manager’s Index — an important gauge of the country’s manufacturing activity.

Turning our attention toward the second half of 2019, we anticipate that investor expectations will play a noteworthy role in the market’s direction as the year unfolds. The headwinds that markets faced in the final quarter of 2018 have weakened slightly as this year has progressed, improving the global outlook for investors in the near term. There are several scenarios on the horizon that have yet to be resolved, including Brexit proceedings and ongoing trade negotiations between the U.S. and other countries. While our global economic outlook remains positive in the near term, we continue to monitor these scenarios and their potential impact on both global growth and investor sentiment as we aim to position our clients’ portfolios appropriately for the months and years to come.

Following the “relief rally” that persisted across U.S. markets through the end of April, investors witnessed the return of volatility in May, brought on by renewed trade war fears and heightened anxieties regarding the future direction and pace of global growth. Investor hopes for an imminent trade agreement between the U.S. and China were dashed as negotiations deteriorated, and the U.S. proceeded with raising tariff rates on $200B worth of Chinese imports in early May. In the coming months, we expect that trade headlines will likely remain a catalyst for market movements, as will investor expectations surrounding the direction of Fed policy. In an effort to position our client portfolios appropriately, we will continue to analyze various scenarios that may play out regarding trade and Fed policy, and specifically, the potential impact of each scenario on both investor sentiment and economic growth.

Index Descriptions
The S&P 500® is widely regarded as the best single gauge of large-cap U.S. equities. There is over USD 7.8 trillion benchmarked to the index, with index assets comprising approximately USD 2.2 trillion of this total. The index includes 500 leading companies and captures approximately 80% coverage of available market capitalization.

The Caixin Purchasing Managers Index—Manufacturing, supplied by Caixin Media, is a composite index designed to measure the health of China’s manufacturing sector by compiling data from monthly replies to questionnaires sent to purchasing executives at over 500 manufacturing companies. The composite index is based on five individual indices with the following weights applied: New Orders - 0.3, Output - 0.25, Employment - 0.2, Suppliers’ Delivery Times - 0.15, Stock of Items Purchased - 0.1, with the Delivery Times index inverted so that it moves in a comparable direction. 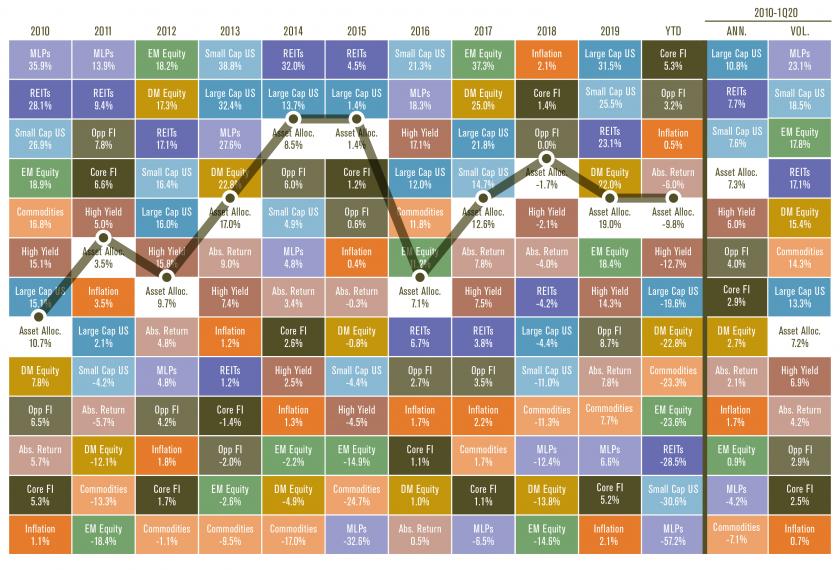 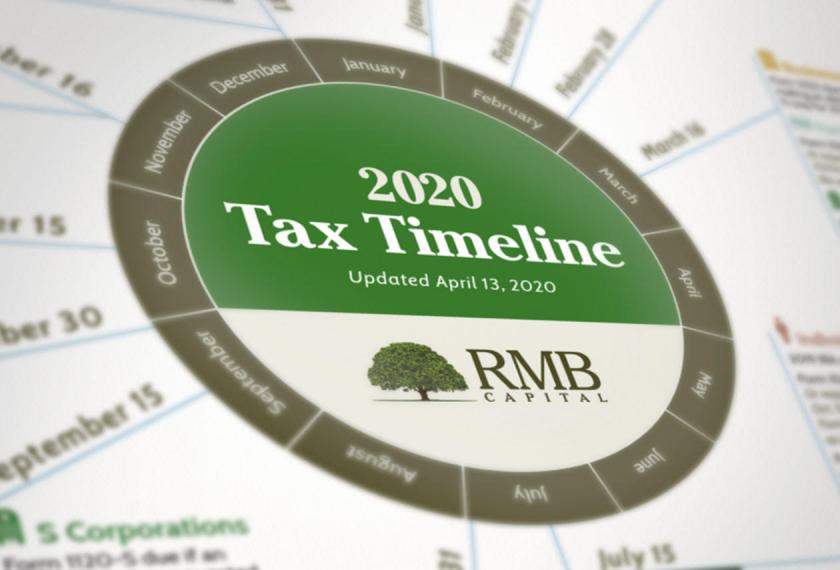 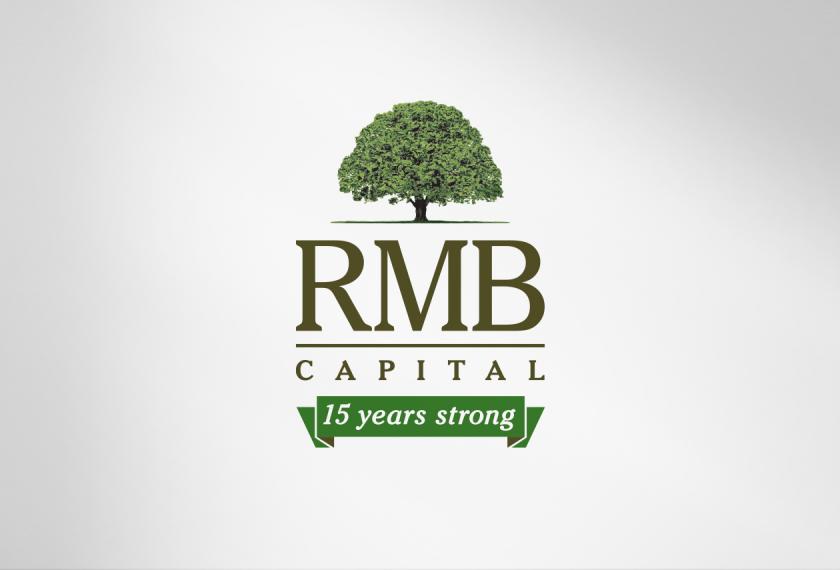