Commentary: Growing Disconnect Within the Markets 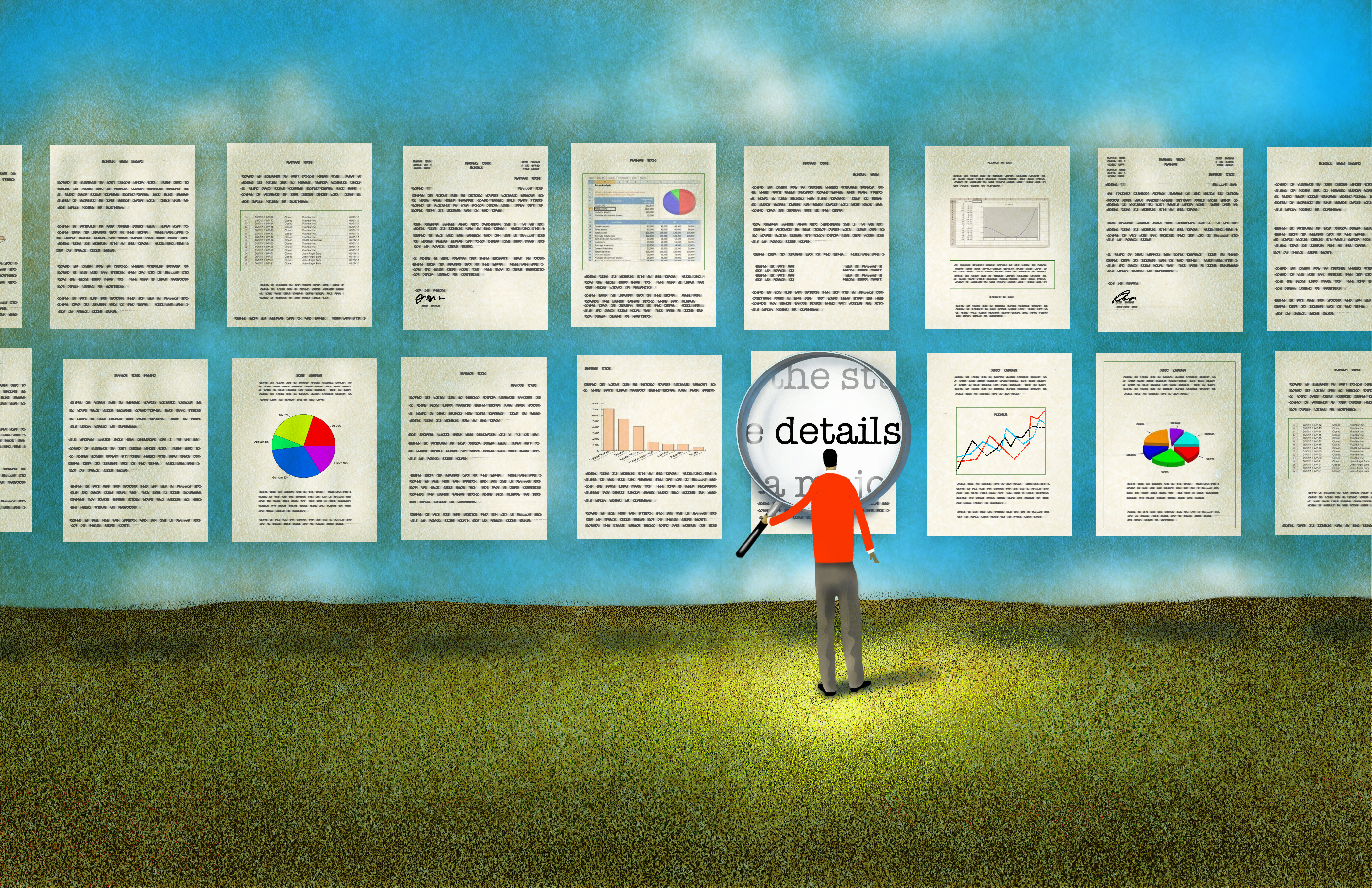 Even though the American economy is reopening tentatively and gradually, the markets have come back with a fast and furious rush. From its low in March, the S&P 500 Index has rallied more than 40%, bringing it within range of its all-time high. The technology-heavy NASDAQ 100 Index hit an all-time high on June 4. High-yield bonds are down less than 5% for the year. All other risky assets rallied during May, substantially paring their losses for the year. This impressive rebound has occurred during one of the most widespread global pandemics in 100 years, the worst economic collapse since the Great Depression, and a rising wave of social unrest, leaving investors to question the rally’s sustainability. We explore the bull and bear cases below.

Over a 50-day span leading up to early June, the S&P 500 rallied more than 40%, which was the sharpest ever rebound for stocks in that short of a time period.1 There are several powerful drivers of the market recovery. The first is that the stock market is forward-looking. As the economy reopens—if we assume either a second wave of COVID-19 either does not materialize or a viable vaccine or treatment is discovered—life will normalize, people will return to work, and corporate earnings will rebound. In 13 of the past 14 recessions, the stock market hit its low point more than three full months before the recession officially ended, showing that market returns often telegraph economic conditions.2 The strong May jobs report is a good example of this point. Notwithstanding data collection errors that may have overstated the improvements in employment rates, the report gave analysts hope that the economy is on the right track. History has shown that, especially during severe downturns, disconnects between stock indices and the economy are common, and market rallies often presage economic recovery.

A second reason for the market surge is the relative attractiveness of stocks compared to bonds, at least on the surface. So slim have been the pickings in bond land that investors adopted the Thatcherism “TINA” (there is no alternative) to refer to the idea that stocks may be the only asset class capable of generating long-term gains. It’s worth noting that TINA was first adopted by investment professionals in 2013—when rates were significantly more attractive than they are today.3 In that year, short-term rates were near zero, but longer-term yields, as measured by the U.S. 10-year Treasury note, averaged around 2.4%. Compare that to May 2020: short-term rates are again near zero, but the 10-year Treasury note yield is down to 0.65%. TINA may be more relevant today than ever.

A third reason for the market rally is the unprecedented intervention in the markets by central banks. The Federal Reserve’s balance sheet was already elevated before the pandemic, but its total balance sheet assets have since rocketed by more than $2.9 trillion, or 13.6% of 2019 U.S. gross domestic product (GDP).4 These asset purchases have allowed the U.S. Treasury to issue a record amount of debt—funding a record $3.7 trillion expected deficit.5 This funding flows through markets and supports asset prices, as it was designed to do. This works hand in hand with the massive amounts of fiscal stimulus that have also been pumped into the economy (currently totaling 11% of GDP).6

The Fed-subsidized borrowing and spending doesn't stop at the government level. Corporate bond issuance exploded in April and May in anticipation of the Fed’s imminent support.7 That support arrived late in the month of May as the Fed’s Secondary Market Corporate Credit Facility (SMCCF) kicked into gear, buying U.S.-listed corporate bond ETFs, a first for the Fed. According to Credit Suisse, net issuance in the second quarter through May 14 for both investment-grade and high-yield bonds was higher than the previous five quarters combined. Boeing’s $25 billion debt sale—the sixth-largest investment-grade bond offering ever—was a perfect example of this. These bond offerings have allowed companies to shore up their balance sheets and decrease their solvency risk. They have also signaled to the rest of the capital markets that the worst-case scenario for many companies may be off the table.

Despite the compelling reasons for the market rebound, there is another side to the story, even if it has so far taken a back seat. Yes, stocks are forward-looking, but what are they looking forward to? Not a rebound in earnings, apparently. According to Refinitiv, consensus estimates for S&P 500 operating earnings per share (EPS) for 2020 were cut by more than 30%, from $180 on January 1 to $125 at the end of May.8 Forecasts for 2021 and 2022 EPS have also been cut—by 17.3% and 13.7%, respectively. Those estimates have yet to turn higher. Although the future is always uncertain, several market-disrupting issues are lurking: the prospects of renewed trade war with China, a no-deal Brexit, a contentious presidential election, and potentially higher taxes to fund off-the-charts deficits (or inflation if those deficits continue to be funded by excessive central bank intervention). Another factor, which did not seem to be getting much attention until recently, is the potential for a second COVID-19 wave. By global measures, the pandemic is not slowing down. On June 3, more than 100,000 new cases of COVID-19 were reported in the world ex-U.S., a new daily high. The largest growth rates are occurring in parts of Africa, India, and Central and South America. In the U.S., the seven-day moving average of cases (excluding New York and New Jersey) has been rising steadily since May 29.9

What about the TINA appeal of stocks? Through the lens of current yield, the roughly 2% dividend yield on the S&P 500 is attractive relative to government bonds. But this yield is not set in stone: some estimates anticipate that dividends could fall anywhere from 15% to 35% for companies around the world in 2020.10 Further, relative to their earnings expectations for the next 12 months, large-cap companies are valued near the upper end of their long-term ranges while small caps also appear expensive relative to history.11 Forecasts can change, of course, but the point remains that stocks may not be as much of a bargain when examined from other perspectives than just a simple comparison to bonds.

In terms of central banks propping up economies, there seems to be no end in sight, especially given the political pressure on the Fed during an election year, but the tide of easy liquidity is already slowing. At its peak in late March, the Fed was buying over half a trillion dollars in bonds every week. For the two weeks leading up to June 3, that number declined to $68 and $60 billion, respectively.12 These are still enormous numbers, but they should be viewed in the context of the $3.7 trillion deficit estimated by the Congressional Budget Office, which implies a weekly borrowing need of just over $70 billion by Treasury.5 Further, as the economy reopens and activity ramps up, the chances that the Fed will fall behind the curve, relative to an improving labor market and rising inflation, increases. While core inflation (which excludes the volatile food and energy components) came in at only 1.4% year-over-year in April, expectations for future inflation are already increasing.13 According to the Conference Board, consumer expectations for inflation one year from now jumped to 6.2% in May, one of the highest readings of the past 25 years.

The growing disconnect between markets and the economy can be explained largely by excitement over reopening the economy, the relative attractiveness of stocks compared to bonds, and a tidal wave of liquidity from central banks. Although these factors have pushed markets to dizzying levels in recent weeks and may continue to drive markets higher in the short term, high valuations and a host of risks—especially the potential for a second wave of infections in the fall—should not be ignored. We believe that investors who added to stocks when they were down should consider rebalancing and taking some profits now, given current stock market valuations. The rapid evolution of the coronavirus and the possible need for additional interventions by governments warrant a cautious and well-diversified approach. If we have learned anything from recent events, it is that conditions can change quickly and unexpectedly. Even though our perspective leans toward the bear case, we recognize that corrections and recoveries are a normal part of markets and can create attractive buying opportunities for investors that are long-term focused and willing to take on risk while others are fearful.

The opinions and analyses expressed in this newsletter are based on RMB Capital Management, LLC’s (“RMB Capital”) research and professional experience, and are expressed as of the date of our mailing of this newsletter. Certain information expressed represents an assessment at a specific point in time and is not intended to be a forecast or guarantee of future results, nor is it intended to speak to any future time periods. RMB Capital makes no warranty or representation, express or implied, nor does RMB Capital accept any liability, with respect to the information and data set forth herein, and RMB Capital specifically disclaims any duty to update any of the information and data contained in this newsletter. The information and data in this newsletter does not constitute legal, tax, accounting, investment or other professional advice. Returns are presented net of fees. An investment cannot be made directly in an index. The index data assumes reinvestment of all income and does not bear fees, taxes, or transaction costs. The investment strategy and types of securities held by the comparison index may be substantially different from the investment strategy and types of securities held by your account. The S&P 500 Index is widely regarded as the best single gauge of the U.S equity market. It includes 500 leading companies in leading industries of the U.S economy. The S&P 500 focuses on the large cap segment of the market and covers 75% of U.S. equities. The NASDAQ 100 Index is composed of 100 of the largest domestic and international non-financial companies listed on the NASDAQ stock market based on market capitalization. 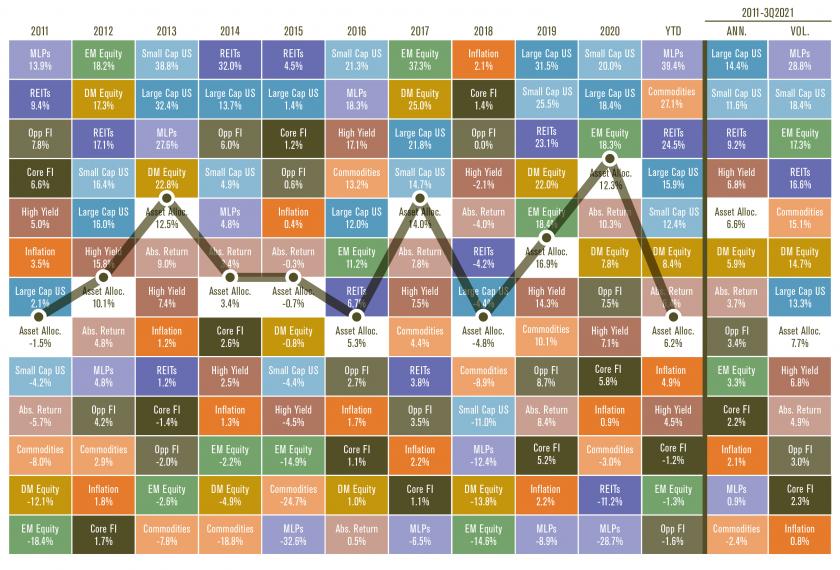