The combination of a gradual economic recovery and supportive monetary policy provided the perfect environment for U.S. stocks in August as they continued their march upward. The S&P 500 rallied 7.2%, the best August in 36 years. Despite those impressive gains, the real star of the show was the tech-focused NASDAQ Composite Index, which rallied 9.7%. Even within the NASDAQ, most of the gains were generated by a relatively small group of stocks. The rally in stocks took a pause as volatility returned on September 3 and 4, with a swift decline in stocks that saw the S&P 500 Index and the NASDAQ 100 both erase the prior eight days of constructive price action. Investment-grade bonds, as measured by the Bloomberg Aggregate Bond Index, declined modestly as interest rates inched higher. High yield corporate bonds rose 1.0% as spreads tightened by 11 basis points and ended the month at 4.77%.

Carte Blanche for the Fed

On August 27 and 28, the Federal Reserve Bank of Kansas City hosted its annual Economic Policy Symposium. Instead of convening in the picturesque valley of Jackson Hole, Wyoming, this year’s event was hosted virtually. The symposium, held every year since 1978, is one of the Federal Reserve’s key platforms for communicating its important policy updates. This year was no different. Fed Chairman Jerome Powell emphasized the gravity of the economic situation as well as the Fed’s willingness to push the policy envelope. Using words like "profound," "full range of tools," and "robust updating”, Powell telegraphed a crucial revision to how the Fed would approach both aspects of its “dual mandate”—maximum employment and stable prices—which could have significant implications for the economy and markets. 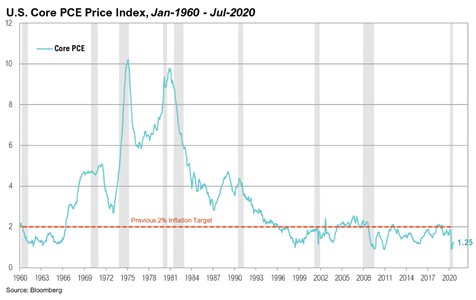 The first aspect of the change involves the Fed’s goal to achieve stable prices. The Fed has formally moved away from its 2% inflation target (the level first introduced in 1996, but only made public in 2012 by Ben Bernanke1) and is instead favoring “average inflation targeting.”1 The move provides cover to allow inflation to run higher than 2% for an undefined period of time. The second change that the Fed revealed was less obvious, though perhaps not less important. It relates to the full employment mandate. The Fed stopped referring to “deviations from full employment” and now discusses “shortfalls”—implying that unemployment can never be too low.  While the change may appear subtle, according to the Fed, it reflects their view “that a robust job market can be sustained without causing an outbreak of inflation.” 1

Both of these changes highlight how the Fed has struggled to achieve its inflation goals even with the help of increasingly unorthodox policies. Due to a backdrop of powerful deflationary forces—rising debt levels, improved productivity resulting from advancements in technology, and increasing economic slack—the Fed has had a challenging, arguably impossible, task of delivering inflation. The “Jackson Hole” Symposium in effect doubled down on this goal, signaling its continued willingness to aggressively employ low rates and to extend quantitative easing, seemingly regardless of the collateral damage. With its ambiguous new inflation threshold, the Fed has essentially given itself the ability to purchase unlimited amounts of bonds and appears to be encouraging Congress to pursue aggressive deficit spending.1

With the 59th U.S. presidential election less than two months away, investors are beginning to contemplate potential policy logistics. As of September 9, polls and betting markets anticipate that Biden will win and that Democrats will narrowly take over the Senate and will easily hold onto their majority in the House of Representatives.2 Based on the betting markets, the odds of a “blue sweep” are 52%—slightly better than a coin toss.3  That said, details related to several crucial issues are either missing or challenging to forecast.  Neither Donald Trump nor Joe Biden have released a formal tax plan, the size and scope of the next round of economic stimulus continues to be hotly debated, and it is still unclear how many Americans will want to, or have the ability to, vote in person versus opting for a mail-in ballot.  Making matters worse, a Cato Institute study from July 2020 highlighted the significance of the “silent vote” in 2020 and the folly of relying too heavily on polls. According to the study, more than half (52%) of Democrats and three-quarters (77%) of Republicans, respectively, have political opinions they are afraid to share.4

An uncertain election, combined with a Fed committed to monetizing any amount of government spending, creates a fascinating ending to an already surreal year. We understand that the challenging circumstances this year has brought about can cause uncertainty around what to do with investment portfolios for investors. Given the continued rally in risk assets throughout the summer, RMB believes this is a good time for investors to evaluate exposures in portfolios as the possibility for a pullback increases for those investments. The upcoming US election and the upswing in global COVID-19 cases have the potential to increase volatility in the coming weeks.  Investors who added to stocks when they were down should consider rebalancing and taking some profits. We will continue to look for additional opportunities to selectively increase risk, if / when further stock market pullbacks develop. In the meantime, we continue to focus on dislocations in various niche markets that present attractive risk/reward opportunities.

All market pricing and performance data from Bloomberg, unless otherwise cited.  Asset class and sector performance are gross of fees unless otherwise indicated.
The opinions and analyses expressed in this newsletter are based on RMB Capital Management, LLC’s (“RMB Capital”) research and professional experience, and are expressed as of the date of our mailing of this newsletter. Certain information expressed represents an assessment at a specific point in time and is not intended to be a forecast or guarantee of future results, nor is it intended to speak to any future time periods. RMB Capital makes no warranty or representation, express or implied, nor does RMB Capital accept any liability, with respect to the information and data set forth herein, and RMB Capital specifically disclaims any duty to update any of the information and data contained in this newsletter. The information and data in this newsletter does not constitute legal, tax, accounting, investment or other professional advice. Returns are presented net of fees. An investment cannot be made directly in an index. The index data assumes reinvestment of all income and does not bear fees, taxes, or transaction costs. The investment strategy and types of securities held by the comparison index may be substantially different from the investment strategy and types of securities held by your account. The S&P 500 Index is widely regarded as the best single gauge of the U.S equity market. It includes 500 leading companies in leading industries of the U.S economy. The S&P 500 focuses on the large cap segment of the market and covers 75% of U.S. equities. 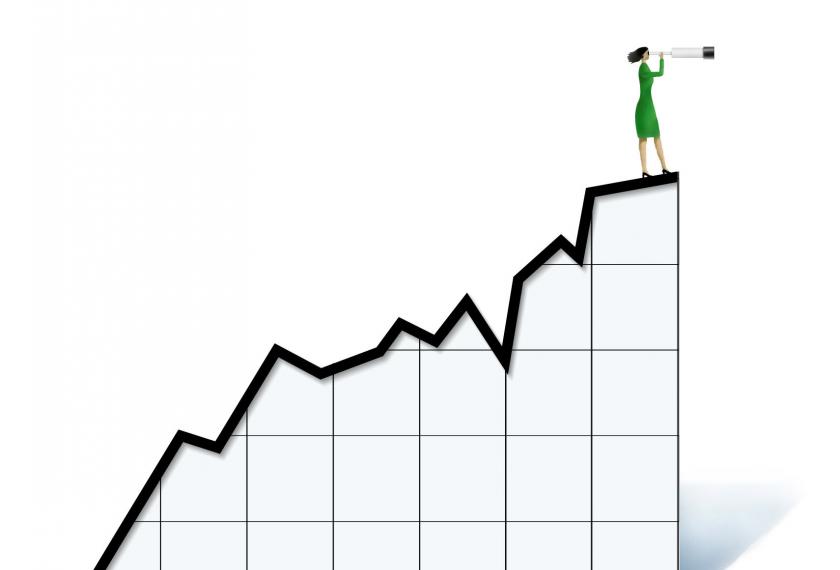 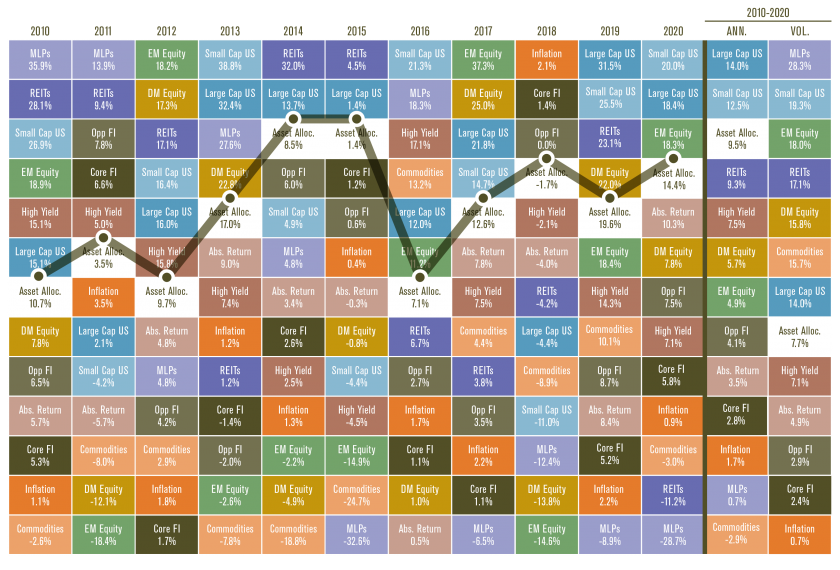 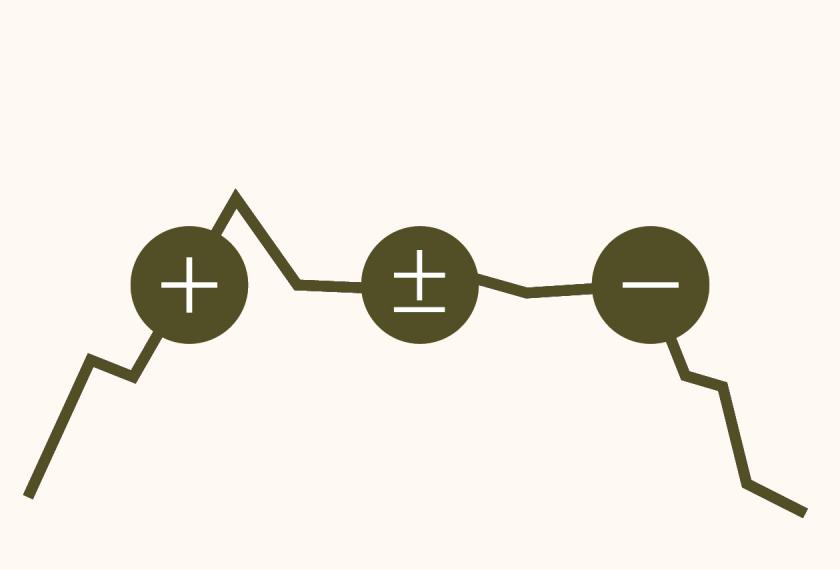